This is some important information about Bandai star wars kits that i think needs to be shared and passed around.

As we know in the past that Disney sold Revell the rights to produce and sell star wars kits in the USA, Europe and the UK and that Bandai was given a licence to do the same but that their market place was restricted to Japan and the asian market.

This has caused a lot of friction in the modelling community with regards to these Bandai kits not being officially available out side of the Japanese trade zone as per their licence agreement with Disney.

More recently with the collapse of Monogram/Revell there has been a change that affected the market in the USA which allowed some Bandai kits being sold on the american market.

Well in the last few weeks Revell of Germany and Bandai have struck a deal which allows Bandai star wars kits to be sold in the UK and Europe, these kits have the Revell logo on the side of the box (see picture below) and thus far there are six types of star wars Bandai kits that are now on sale with more to follow. as far as i can tell those first six kits are: 1/72 tie fighter, 1/72 x-wing, 1/144 slave 1, 1/48 rebel snowspeeder, 1/144 AT-AT and the new 1/72 millennium falcon. 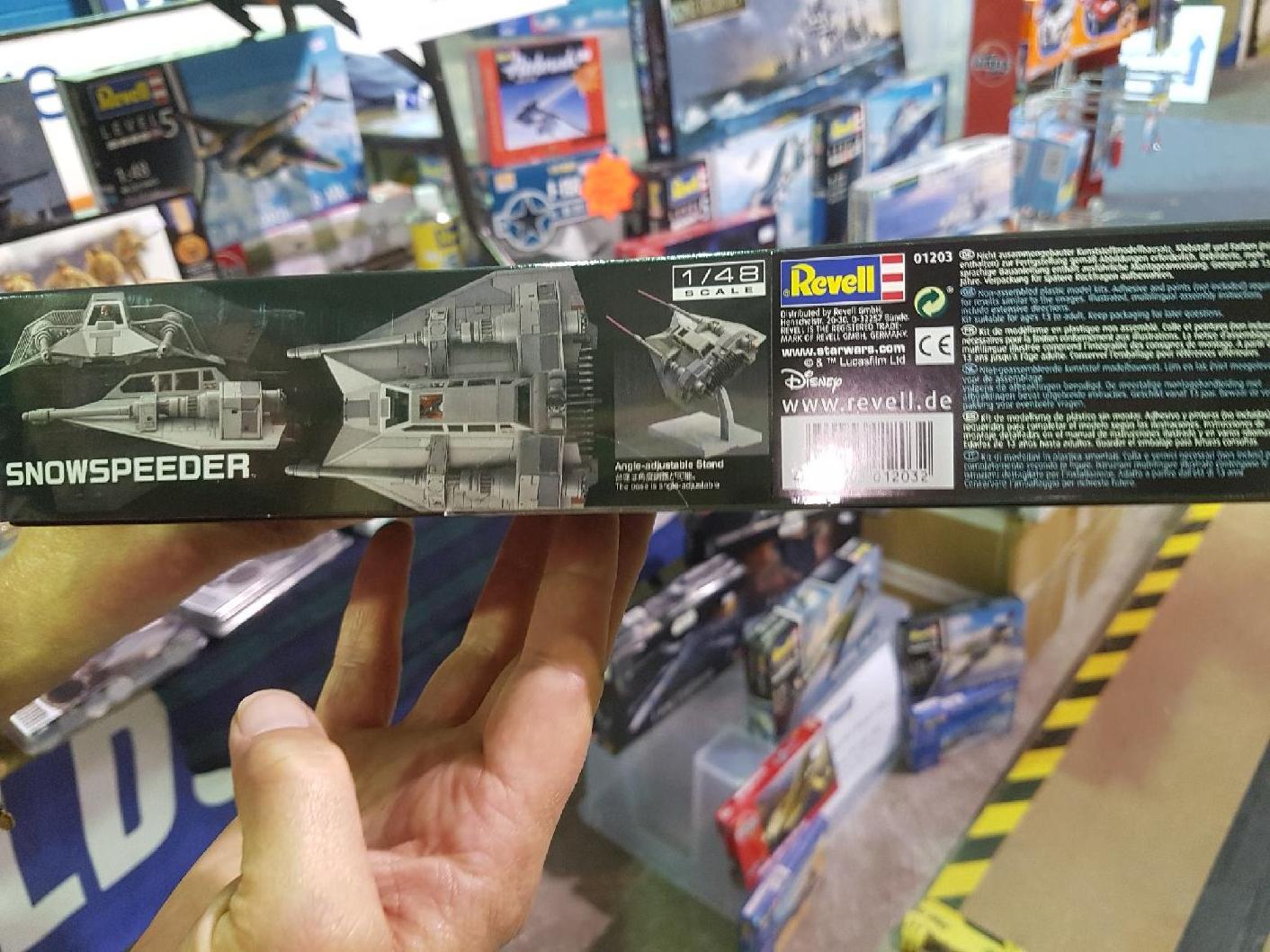 REPLY & QUOTE
Best health to everyone!
Stay home and build models!
1/72 in the Hangar:
FMk22 Spit for the Big 3 Campaign
Me262 Schwalbe for the Schwalbe Campaign!