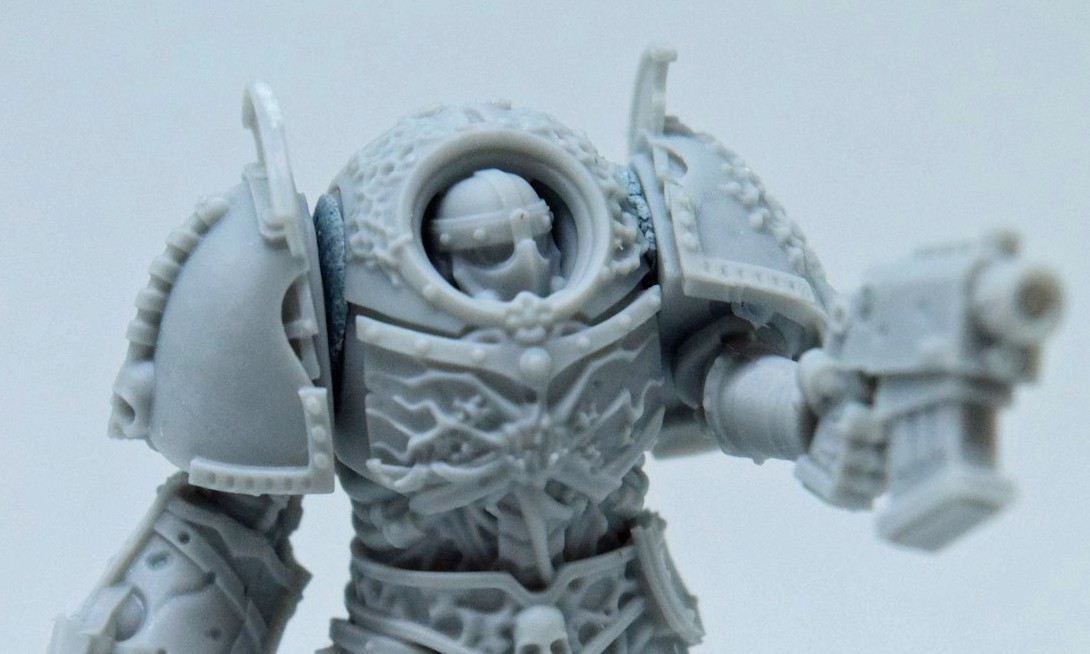 Since I really do like Warhammer 40K, and I love the aesthetics of the setting -all the crazy, over-the-top armor, weapons, daemons, aliens and other strange things- I am constantly in search for smaller companies offering alternative minis, upgrades, or minis that do not exist in the “official” line. (Many chapters, legions, species, fractions only lately got their own minis; some still do not have any… so it was up to the cottage industry of small companies to fill in the void.) These companies typically use 3D design and 3D printing combined with the traditional resin mini production; this means that the level of detail (and the speed of production) is reaching astonishing levels. It is worth following (and funding) different Kickstarter projects because in many cases this is how these companies start up.

One such company is Heresy Labs. They provide a lot of extra bits: shoulder pads, weapons, powerpacks, heads, etc. which can be used with space marine minis to upgrade and/or modify them to your heart’s desire, giving them some extra character.

They also offer full figures as well. These can be bought either in a set or individually -which is a great thing for us, who only paint them, but do not build armies. Some of them are alternatives of existing chapters/legions in the lore -both traitor and loyalist Astrates. And they do produce figures wearing Mark I (Saturnine) Terminator armors, which is simply awesome as there are only a couple of drawings available of these chunky, weird-looking guys, and none were available as minis. They also provide larger, individual figures - primarchs (the gene-progenitors of space marine legions), and other named characters worth checking out as they look very different from the official ones. They also produce a couple of female versions of named characters, which other companies do, too, and frankly I do not understand, but hey - each to his -or her- own, right?

I ordered one traitor Terminator, because I liked the way it looked. (Come to think of it I should have bought an Mk I Terminator because of its unique and goofy looks…) From the bone-ornamentation I suspect they could be used as alternative Night Lords or perhaps Word Bearers; I am not sure yet how it will be painted.

The mini comes in a blister pack with a black base. It has three parts: two arms and the rest of the body. The head is fixed to the torso, so it cannot be oriented in other directions or changed to a different one (not a big deal, but worth mentioning). The resin casting is excellent, the detail is fine, and there is no flash anywhere. The bolter has its muzzle opened up -no need to drill it out (yay!). Overall, the quality is excellent. As the mini comes in three parts only, the only changes you can do to the pose is the orientation of hands: one has a power claw, the other a bolt pistol equipped. For this review I used bluetac to temporarily assemble it; obviously it will be easier to paint unassembled, but the photos will give you an idea who it looks like when complete.

The level of detail is, well, very good. Only looking at the photos did I notice the tiny marks on the armor where it was damaged, the elaborate ornamentation on the claw, and all the delicate detail on the armor’s machinery. I really like the little notch on the pauldron where you can kind of see the underlying structure. All in all, it is a really well-designed model. The assembly is obviously going to be quite easy, the painting not so much.

Overall it is an excellent mini, and can be used either for painting only (as I will) or as a part of an actual army. As I understand if you play in certain stores non-official minis cannot be used, but apart from this limitation they can be absolutely recommended for wargamers as well. The price is actually not bad, which is a great piece of news as this is an expensive hobby. I have ordered a couple of not-primarchs (not-Mortarion and not-Magnus, also in a very friendly price-range) and a daemon figure; I will be showcasing them as soon as they arrive. 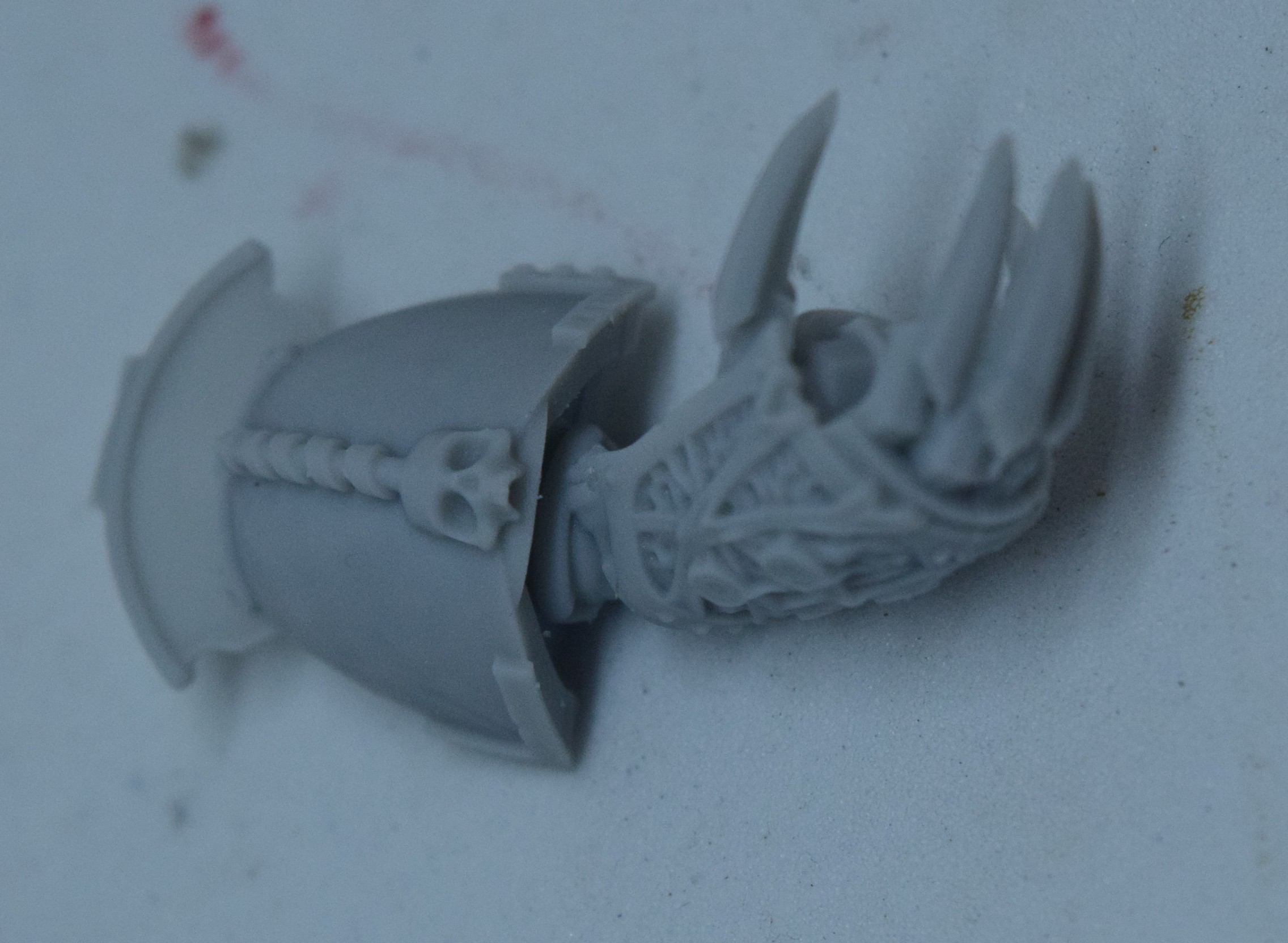 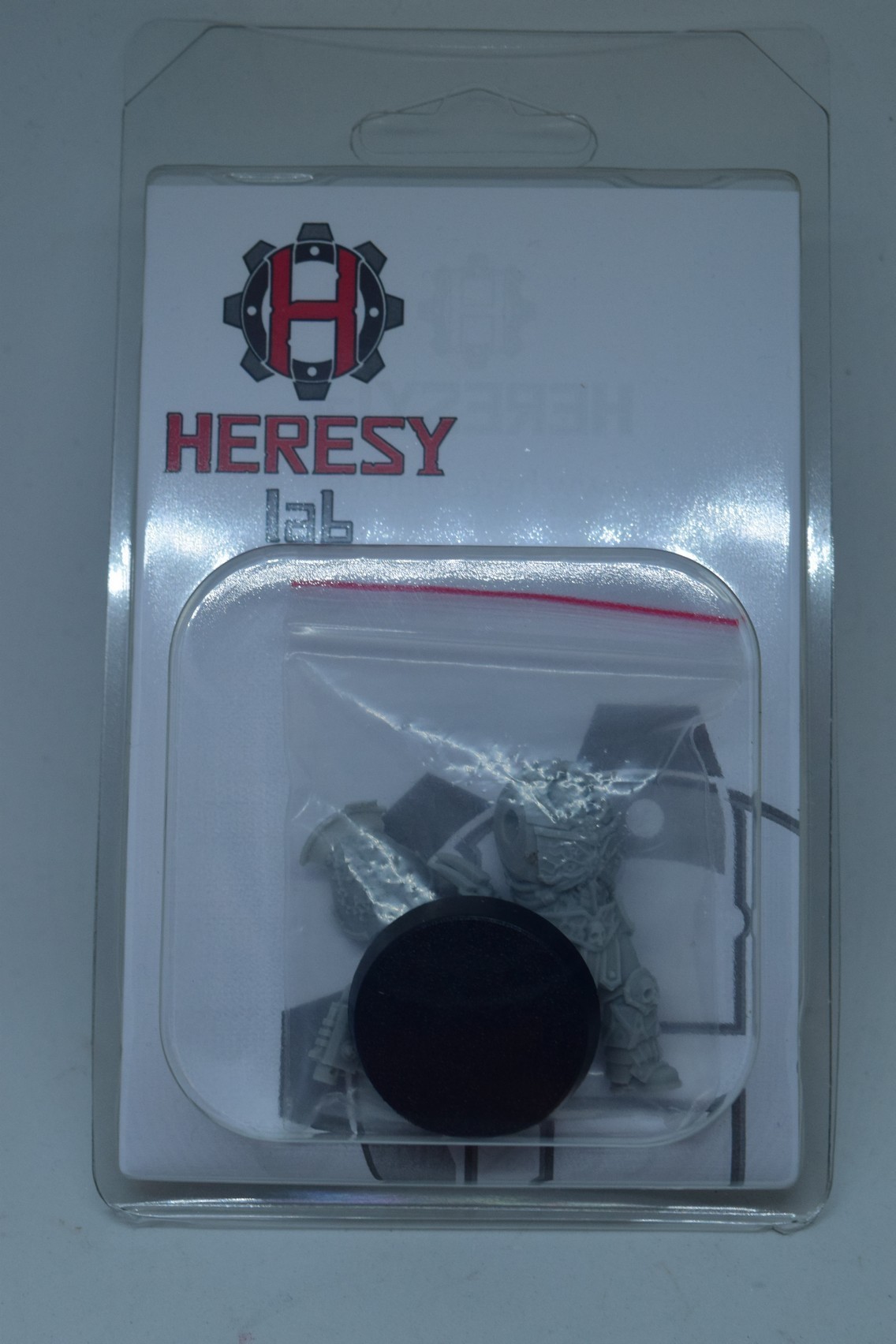 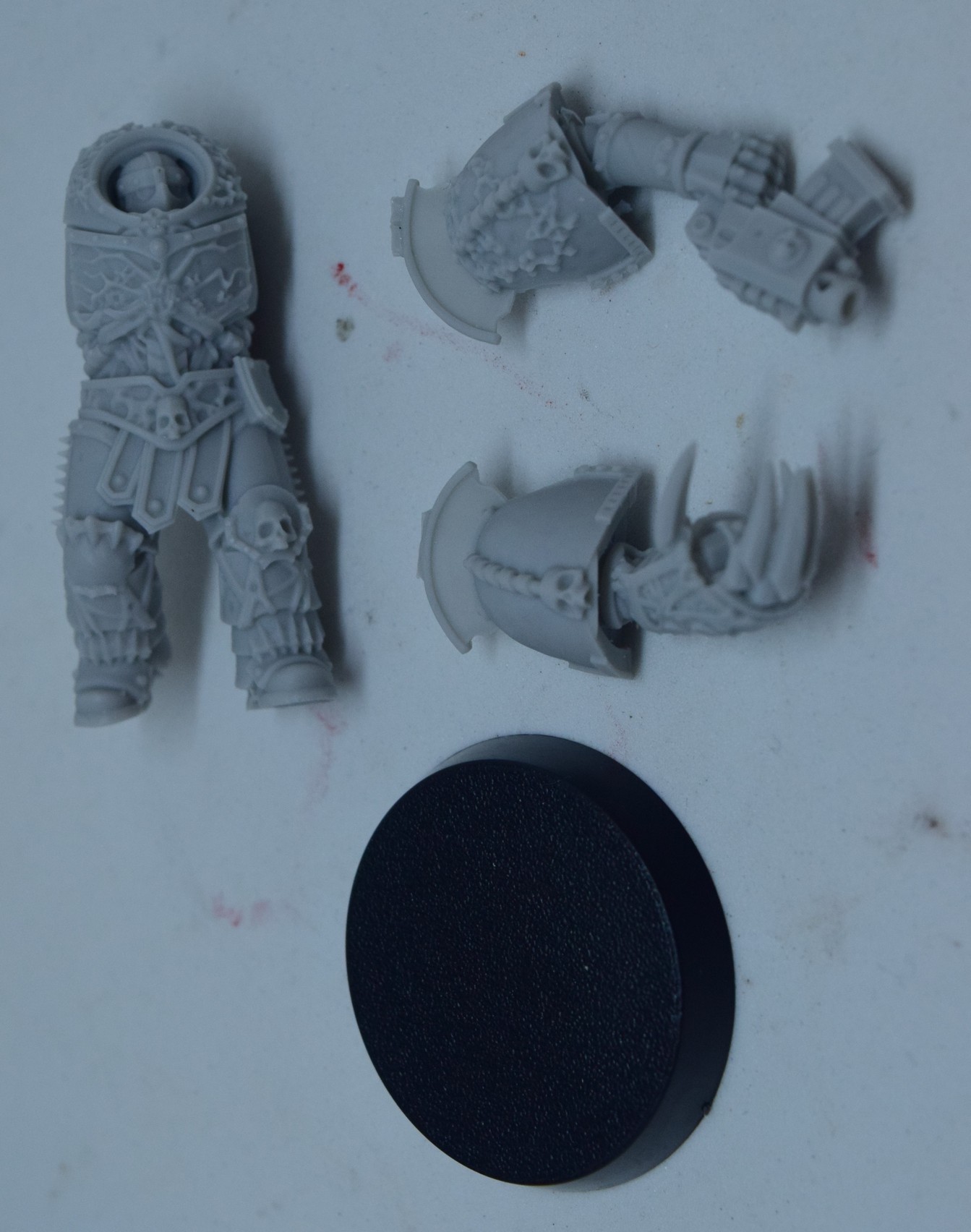 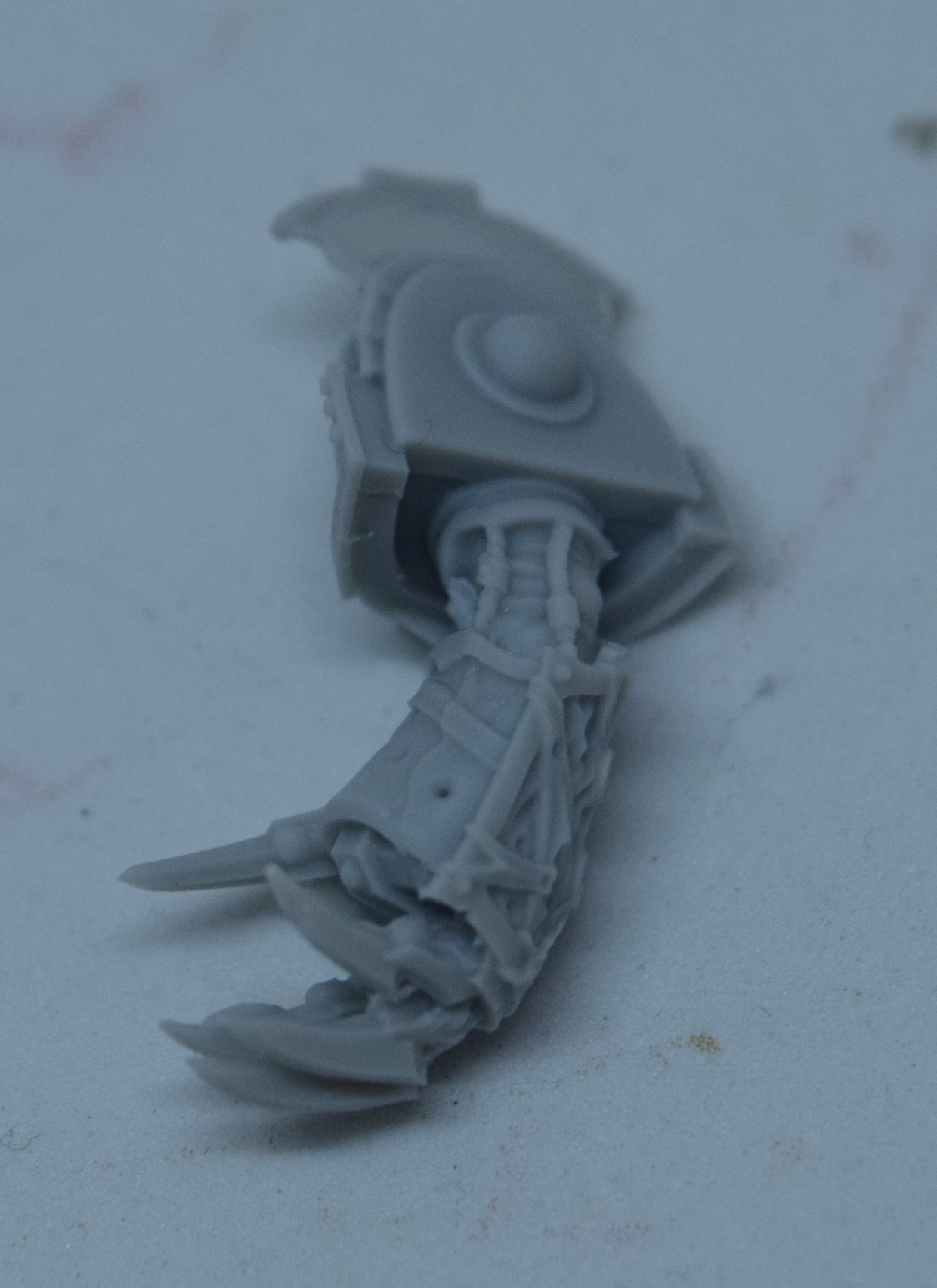 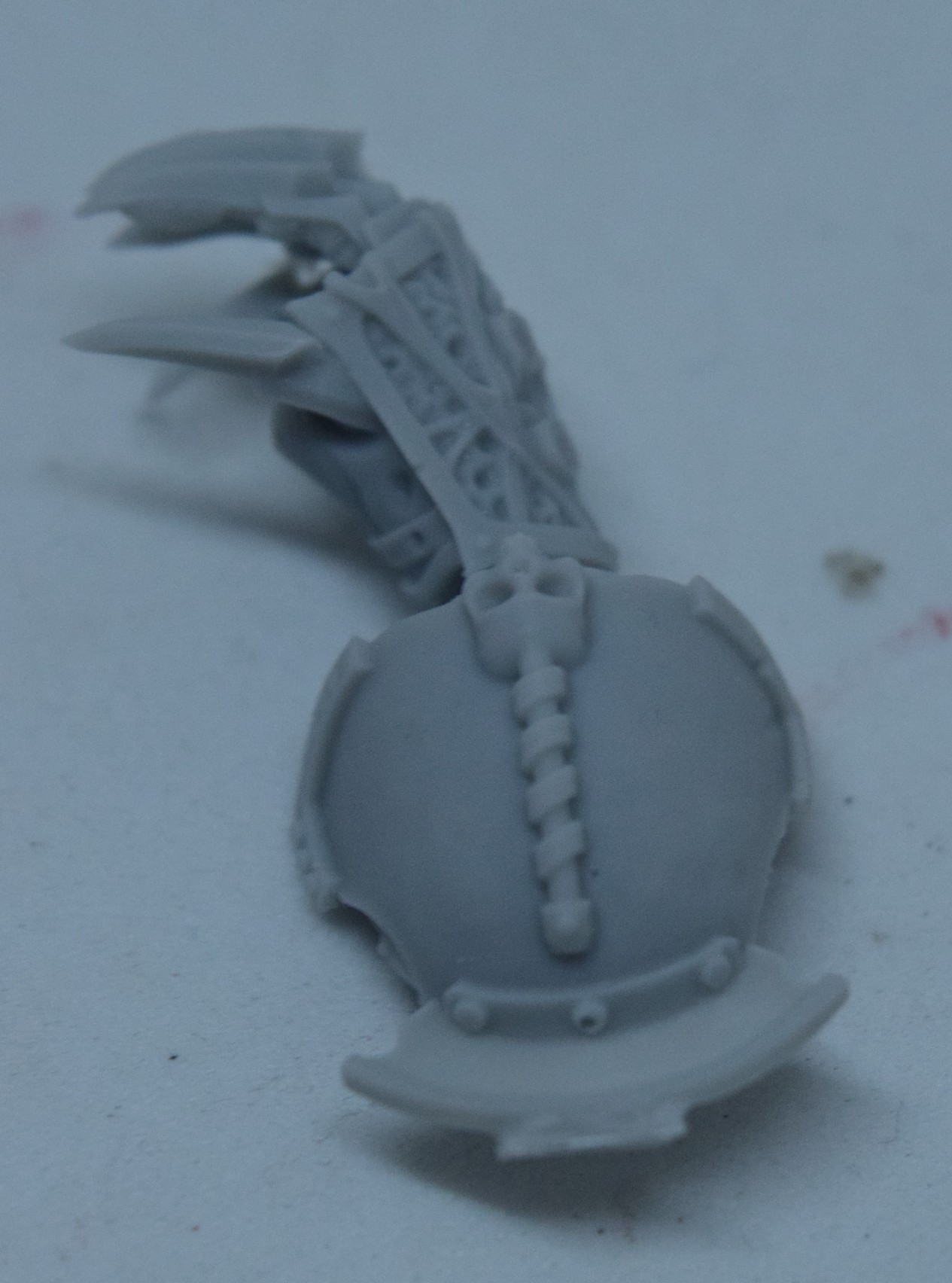 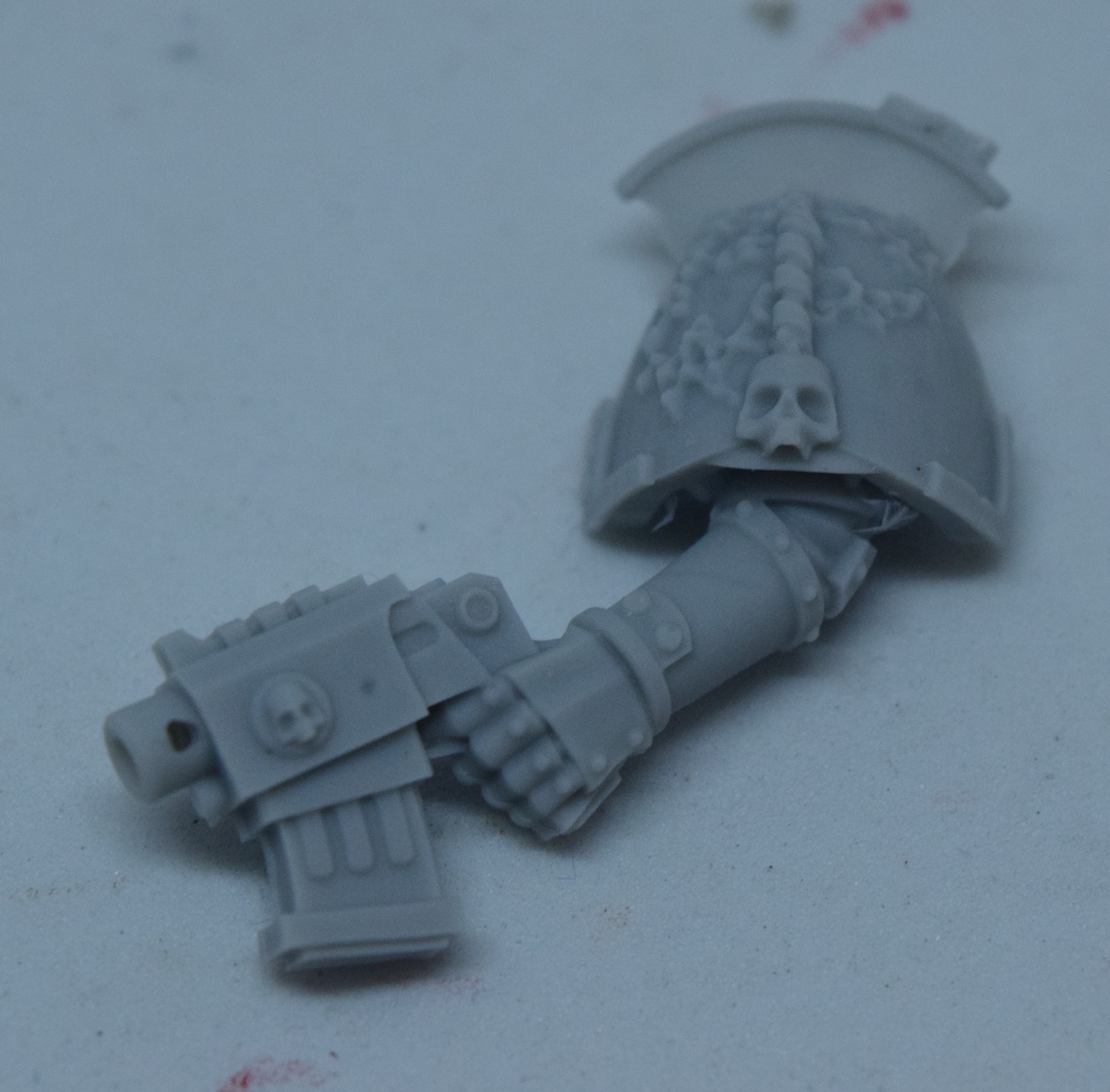 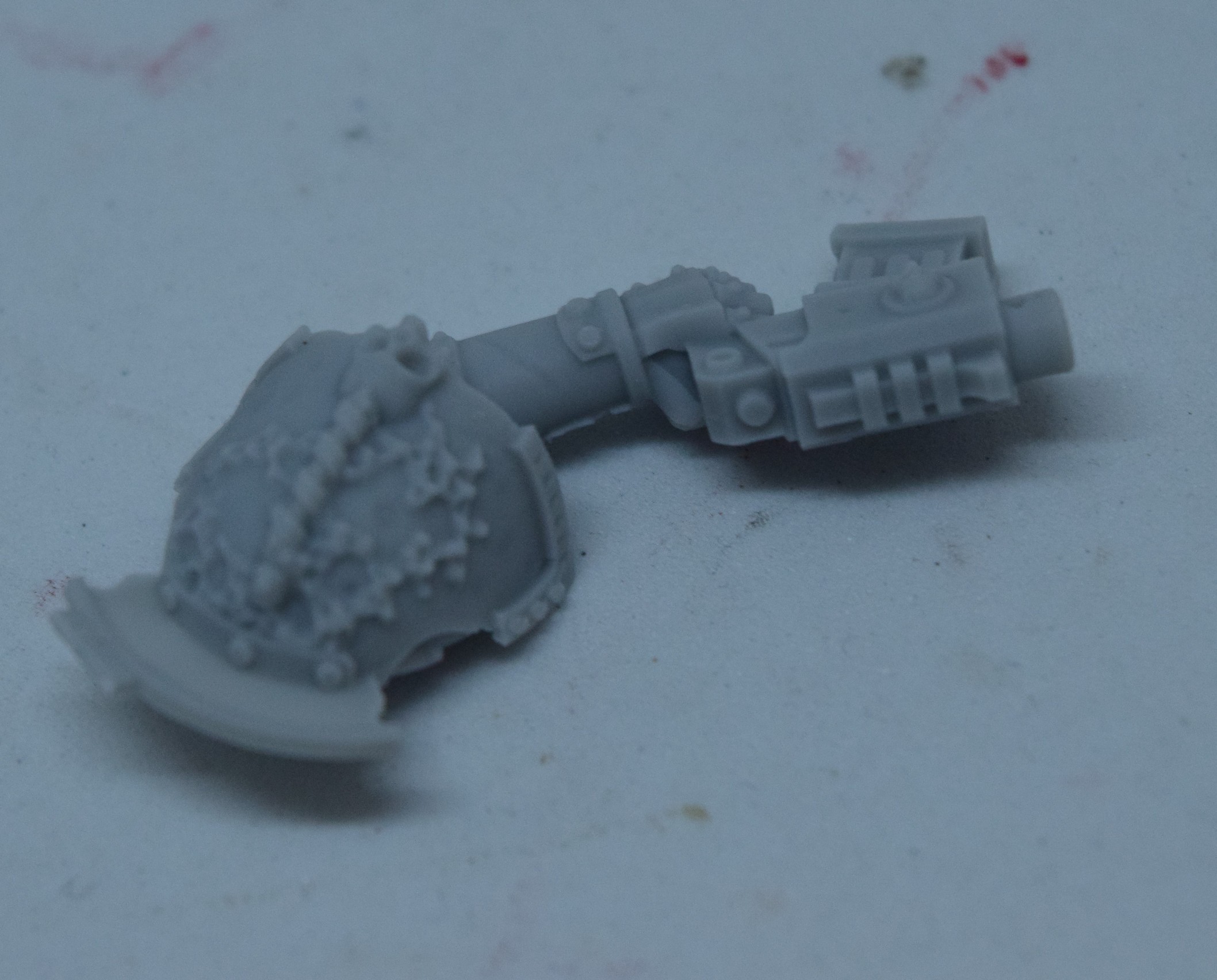 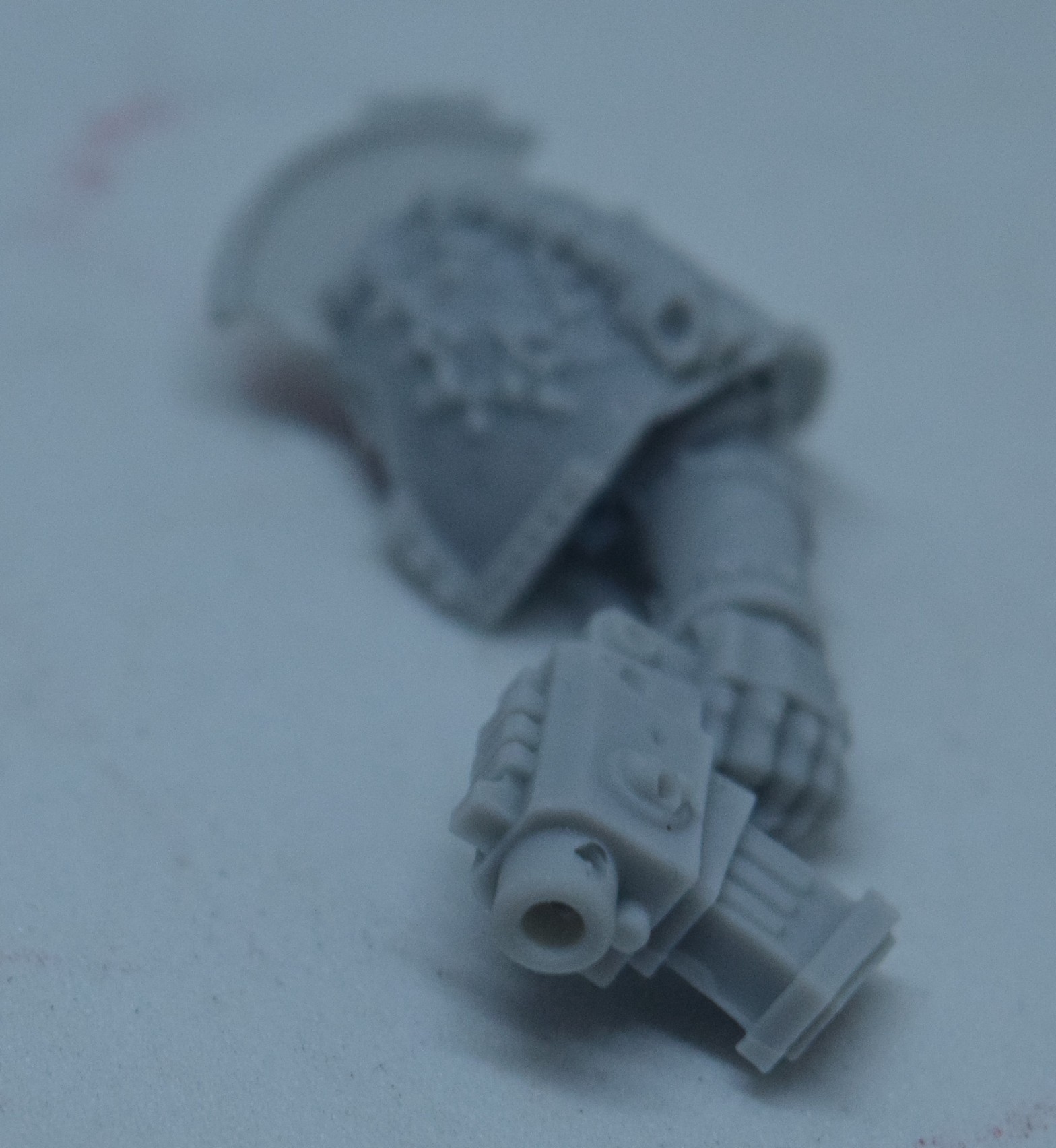 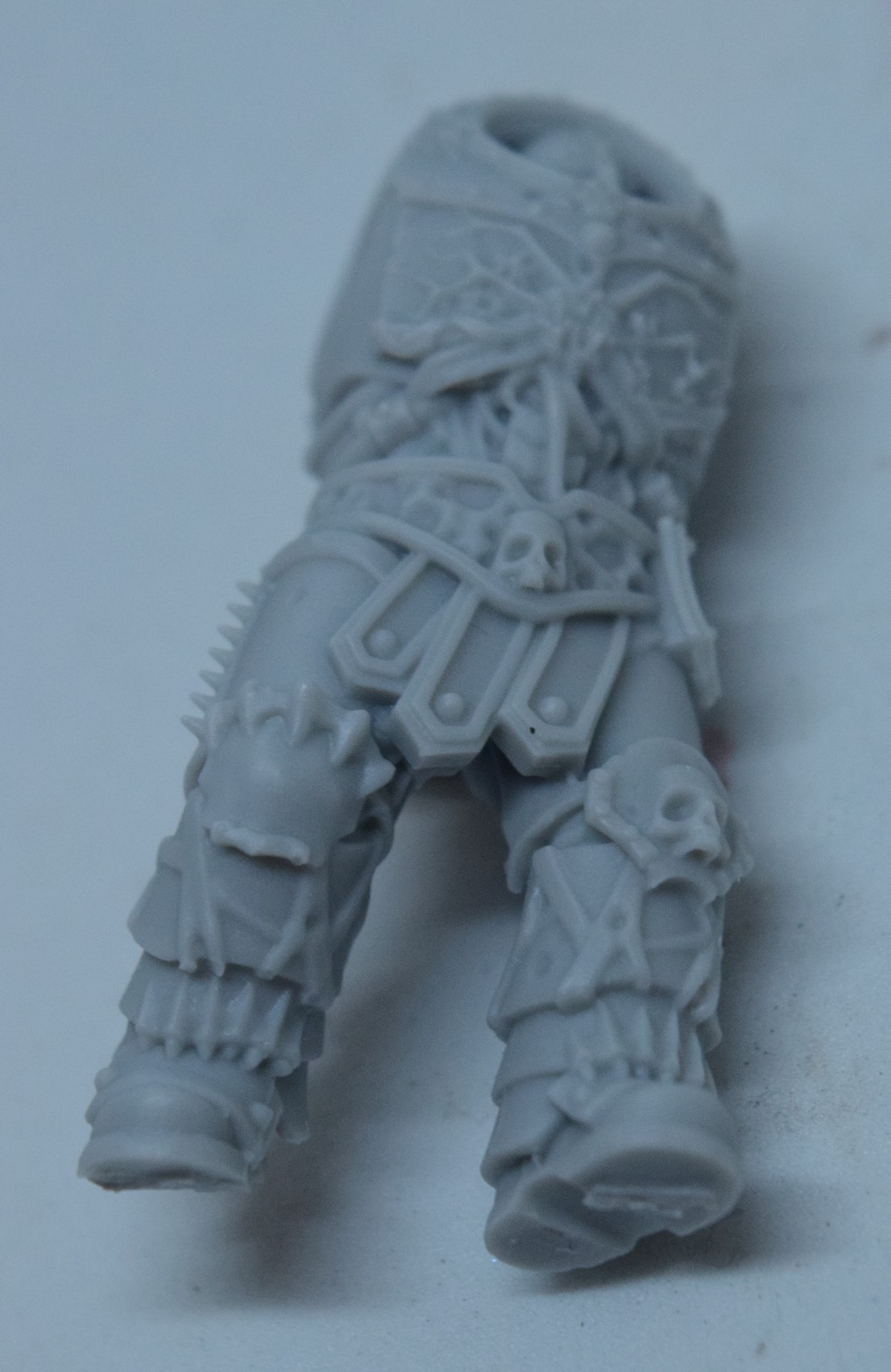 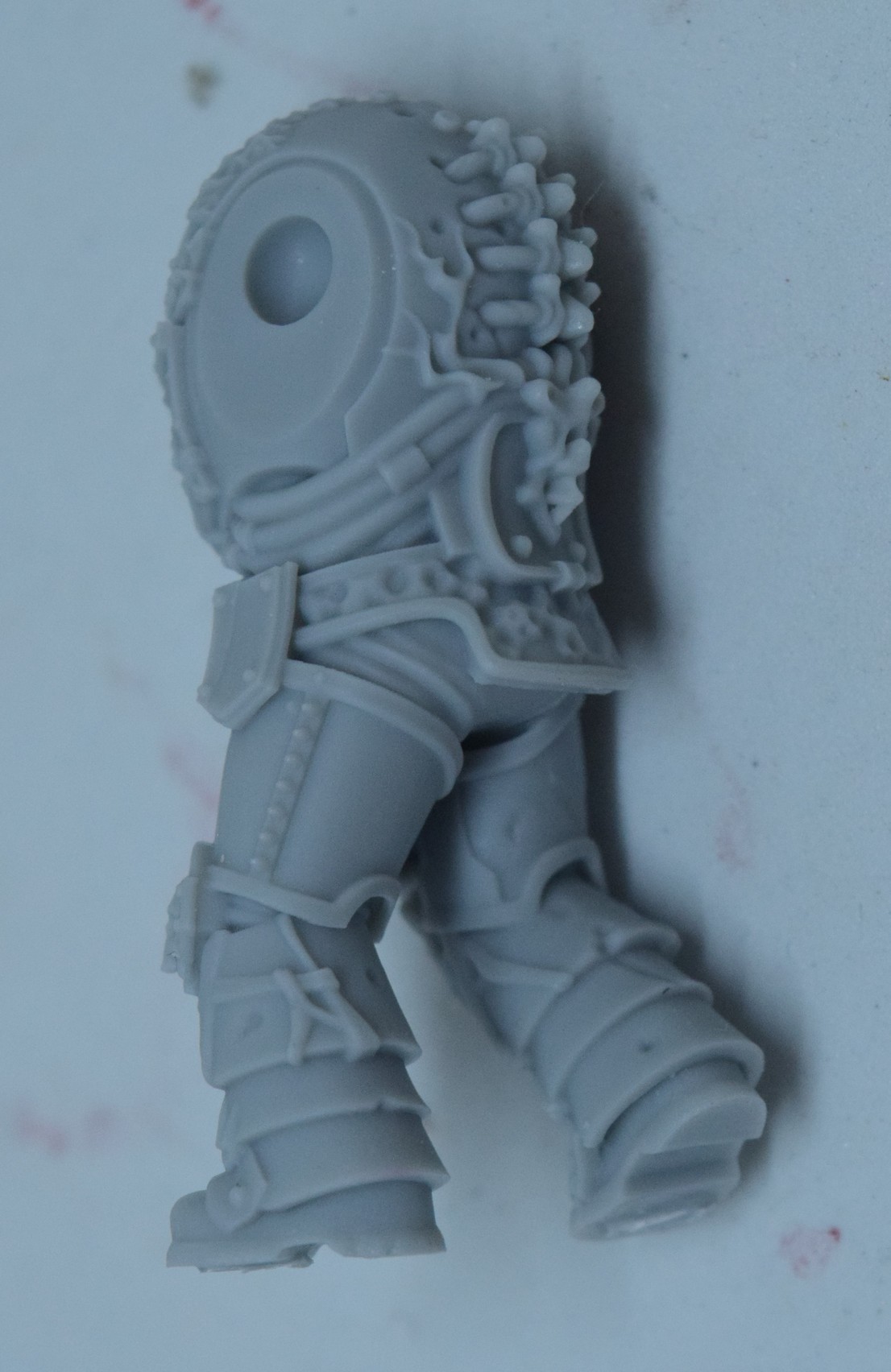 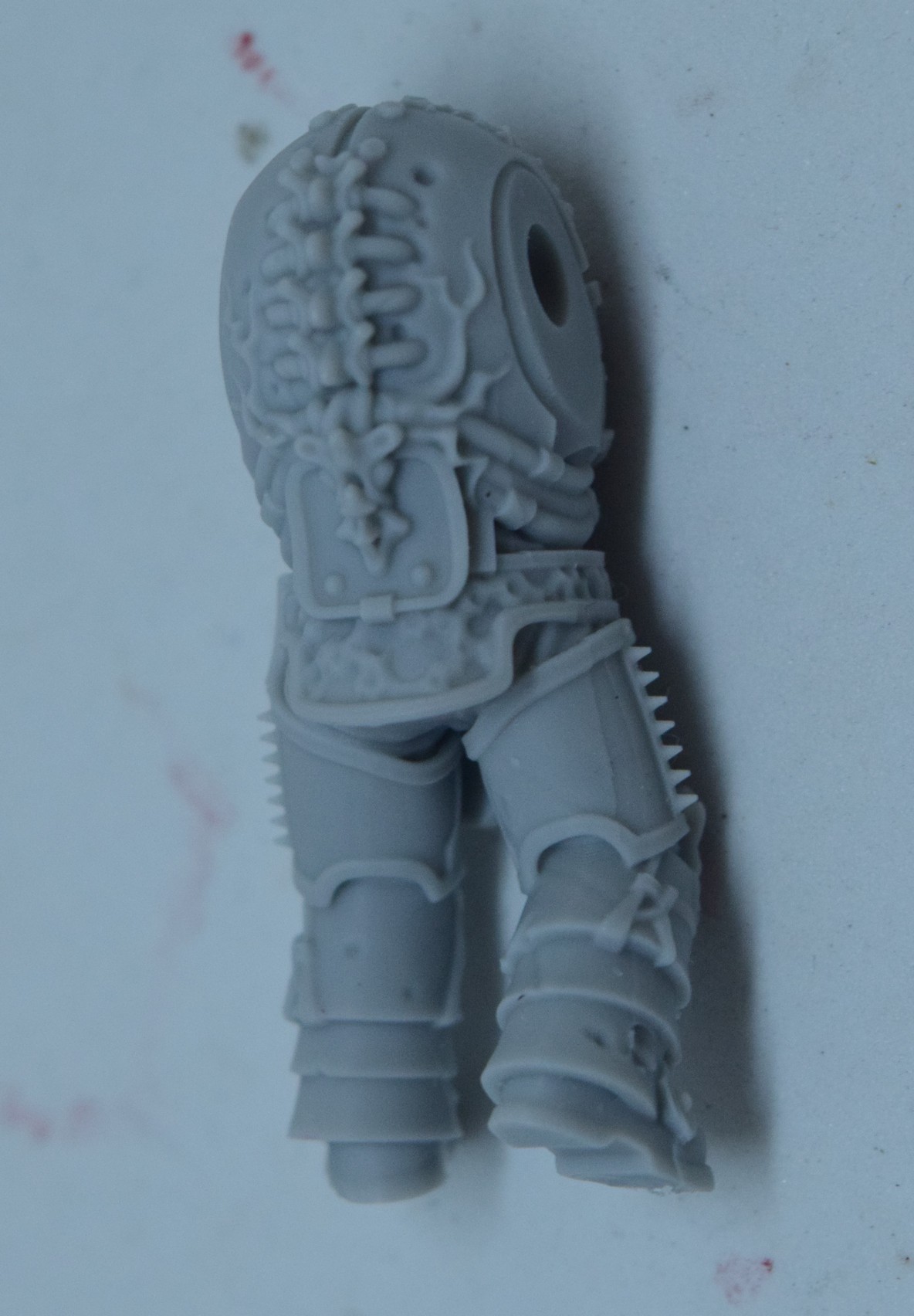 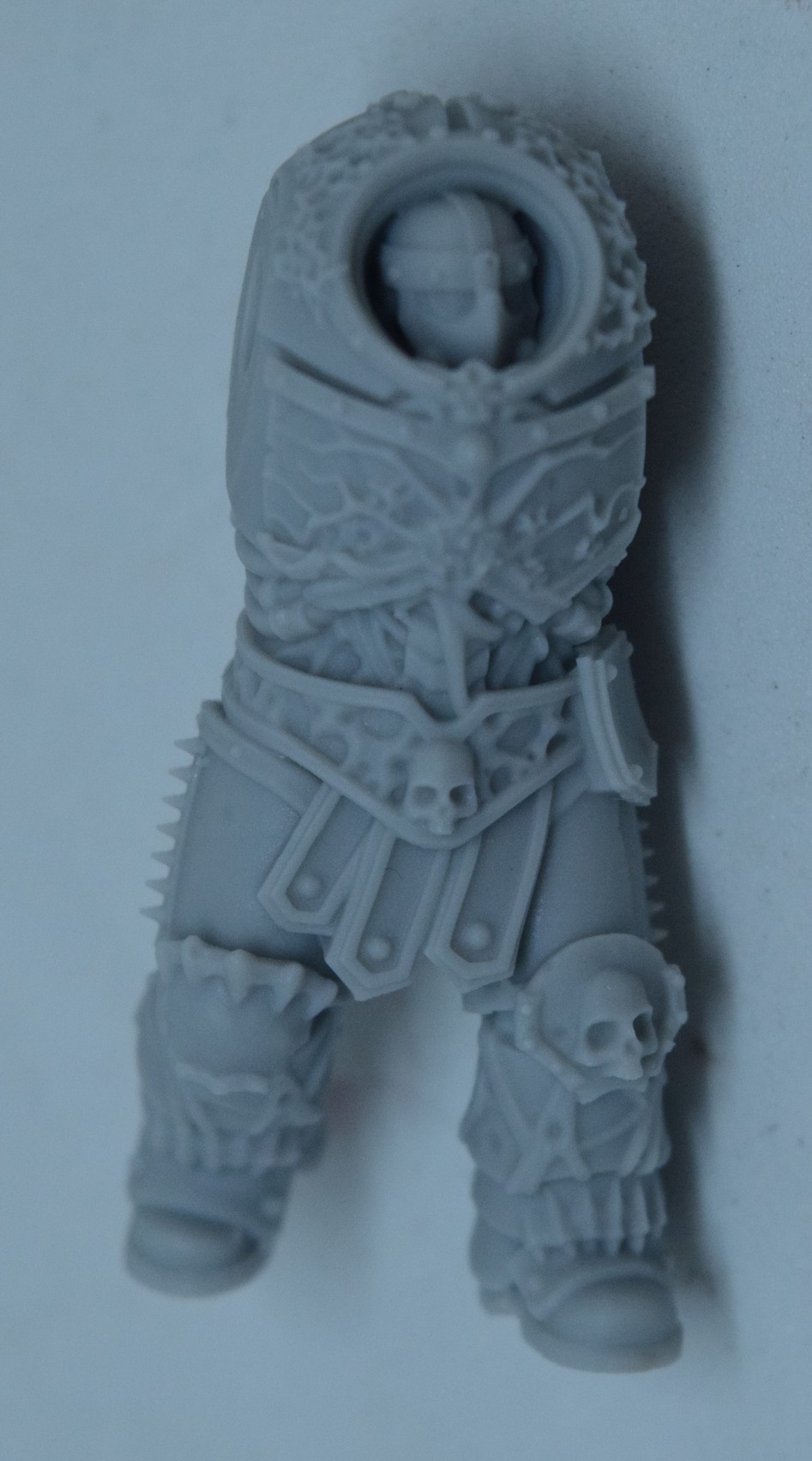 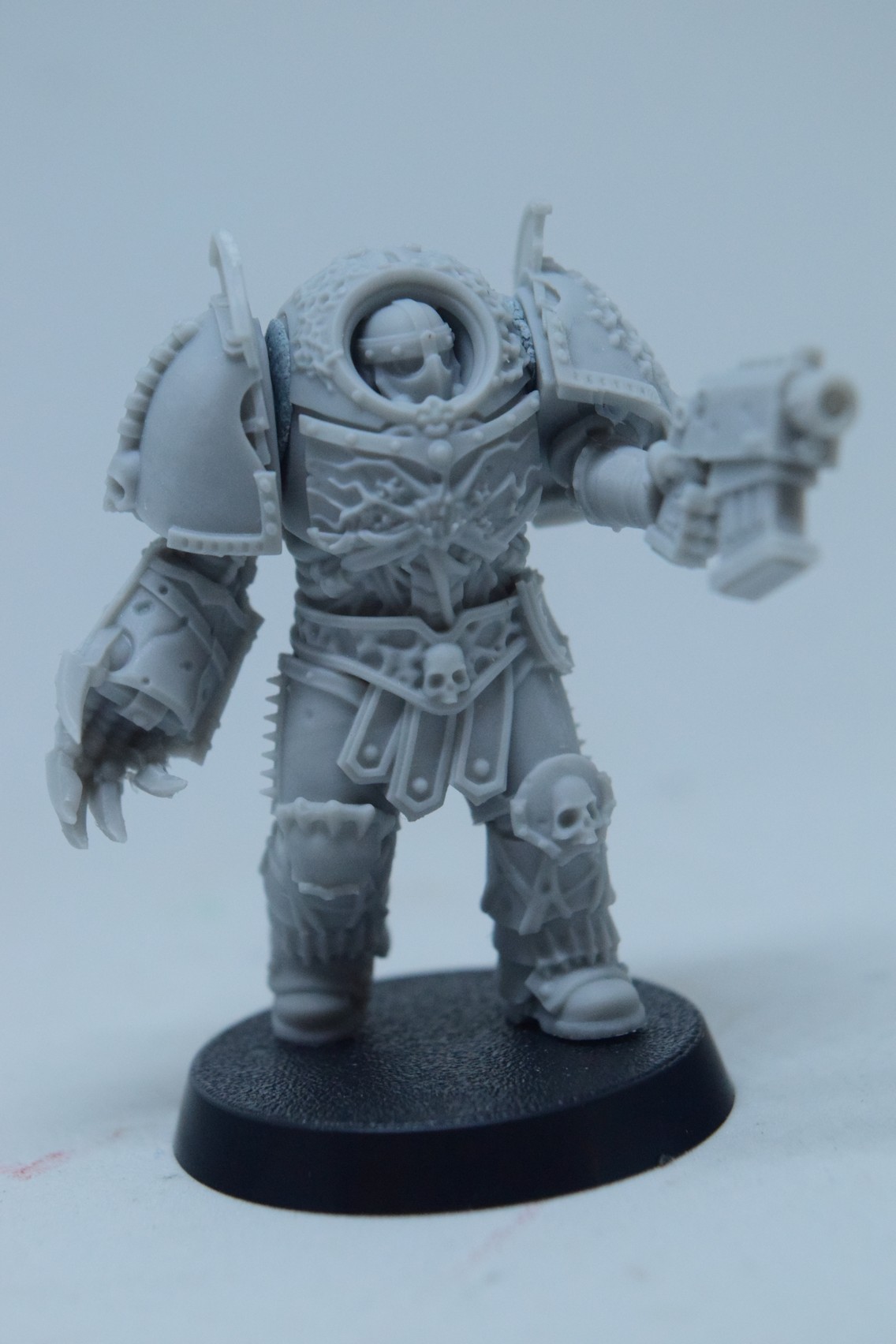 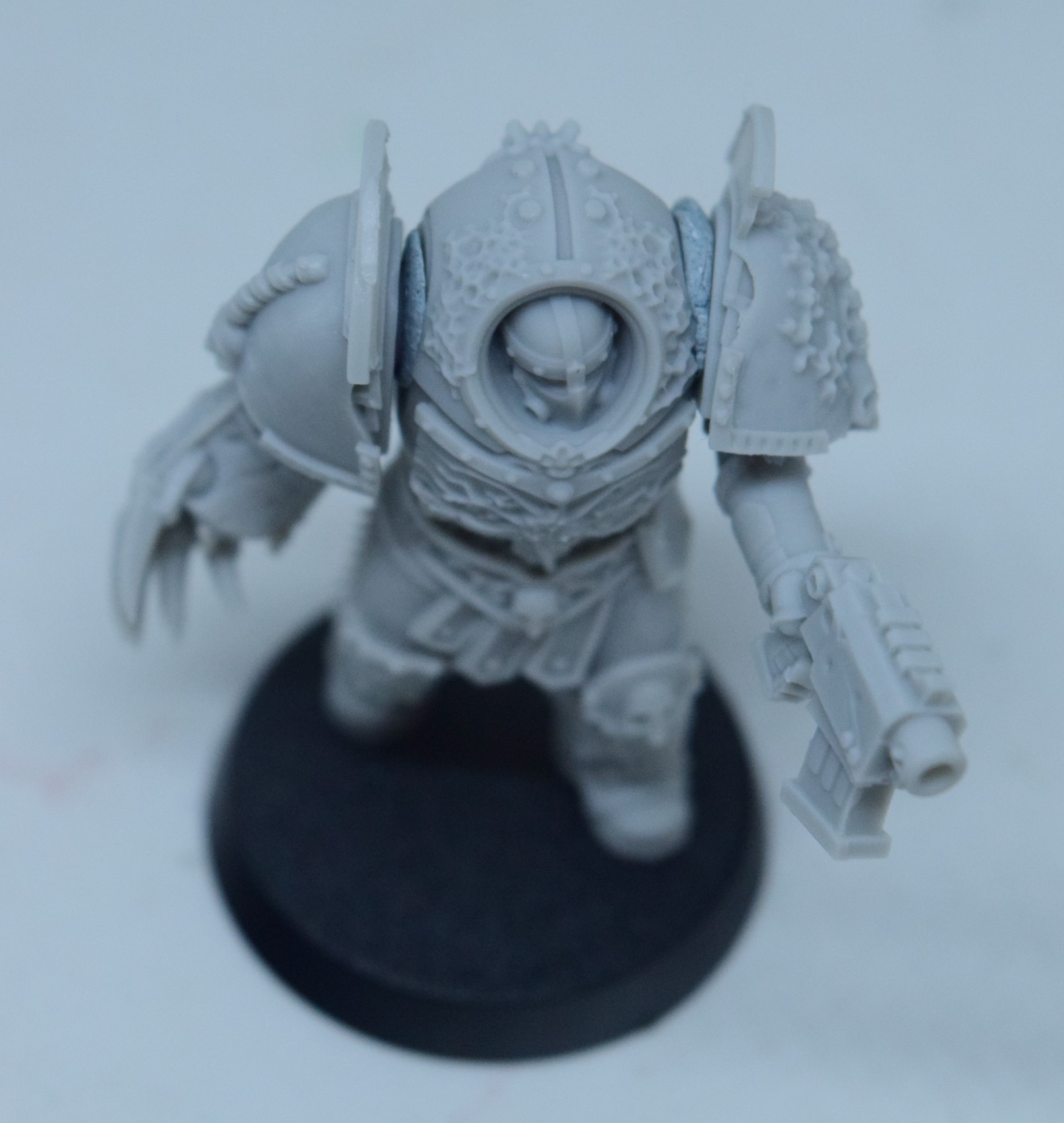 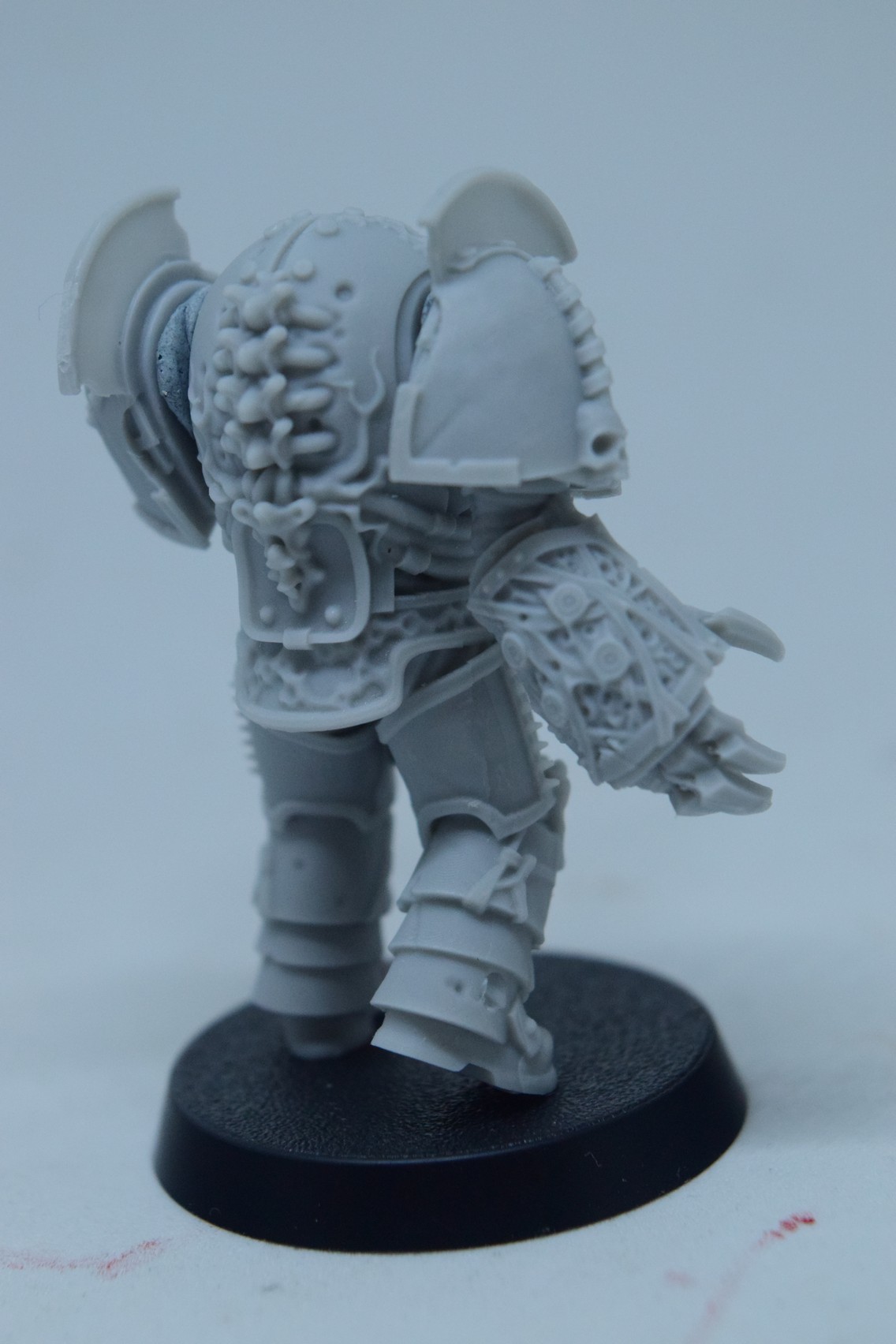 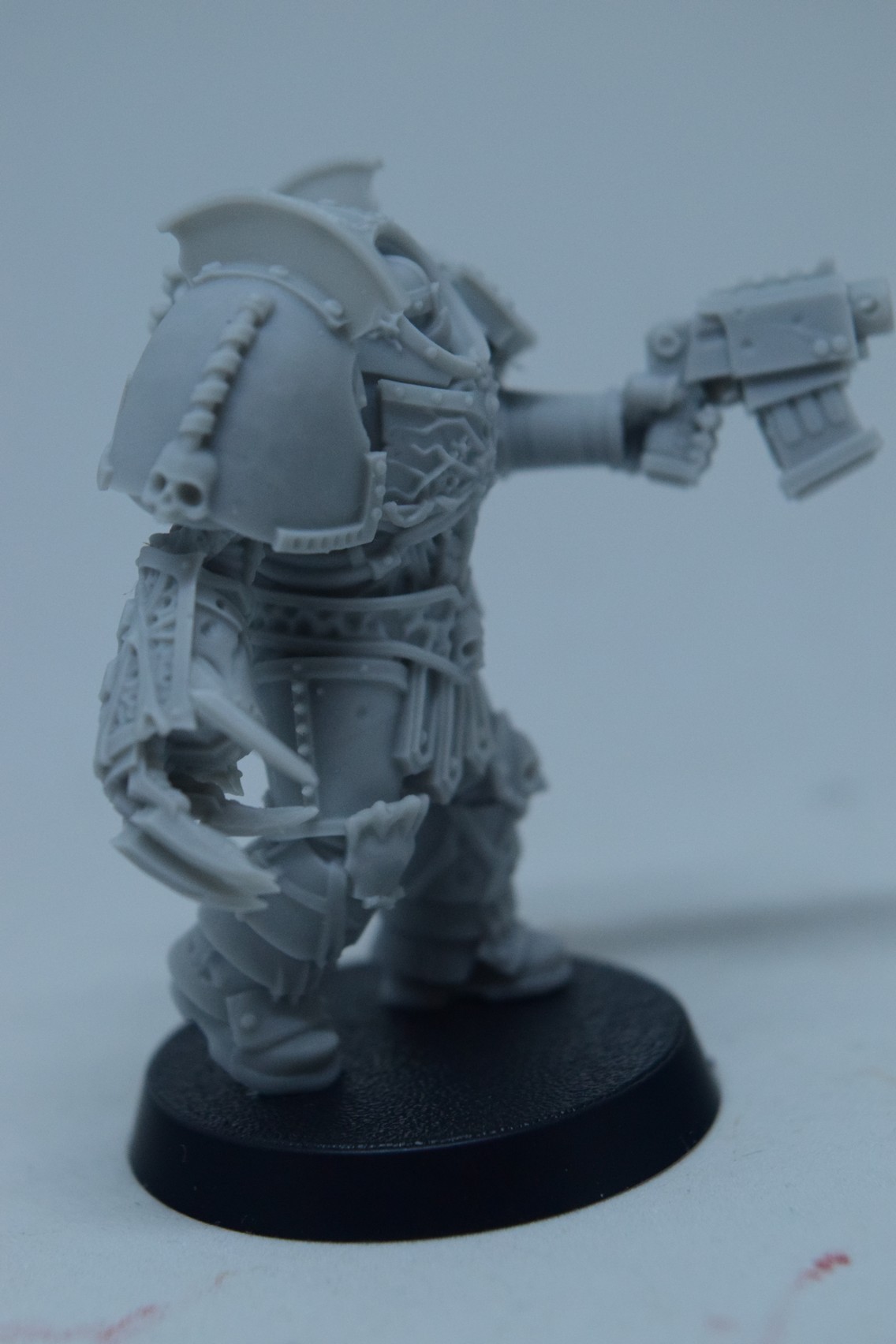 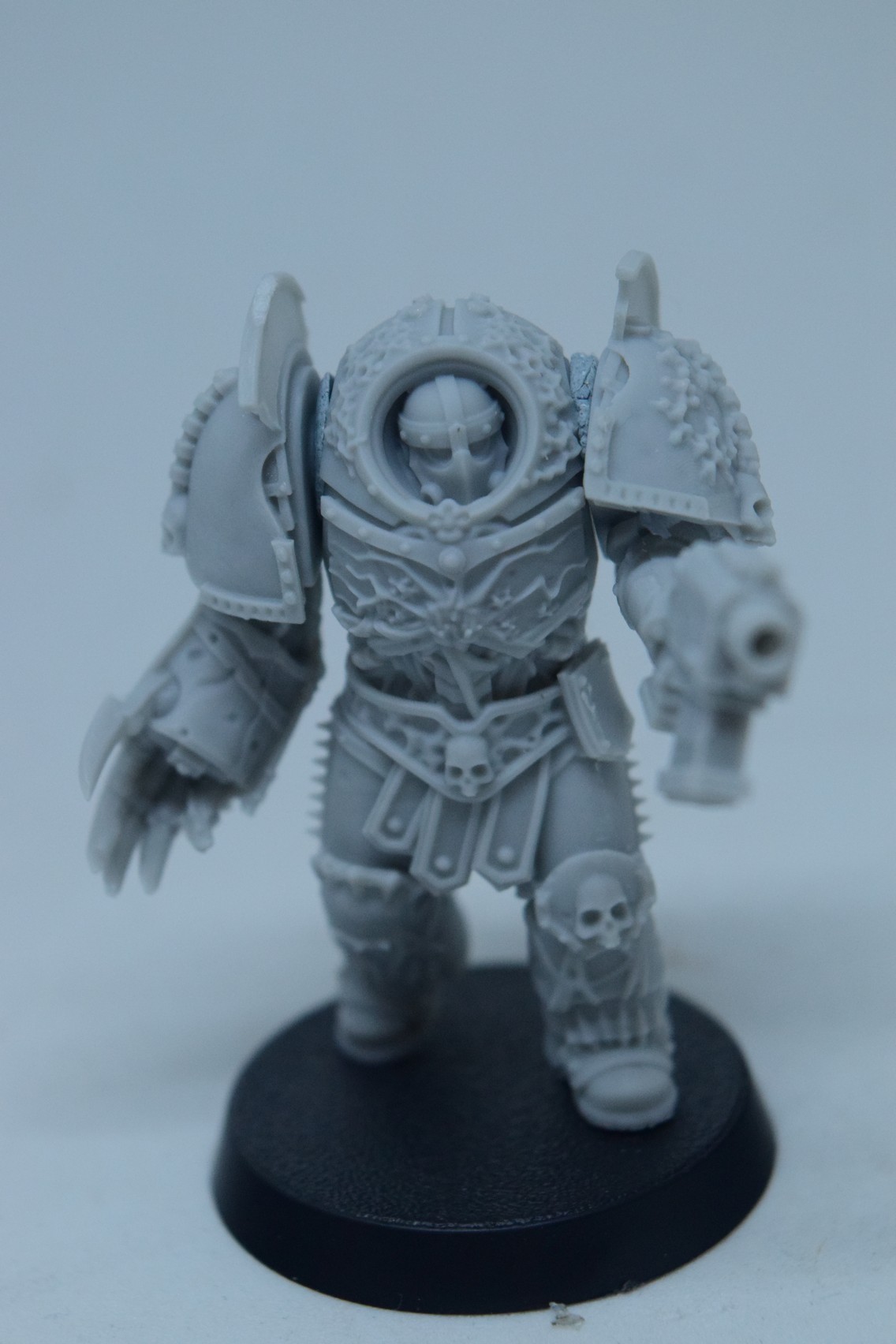