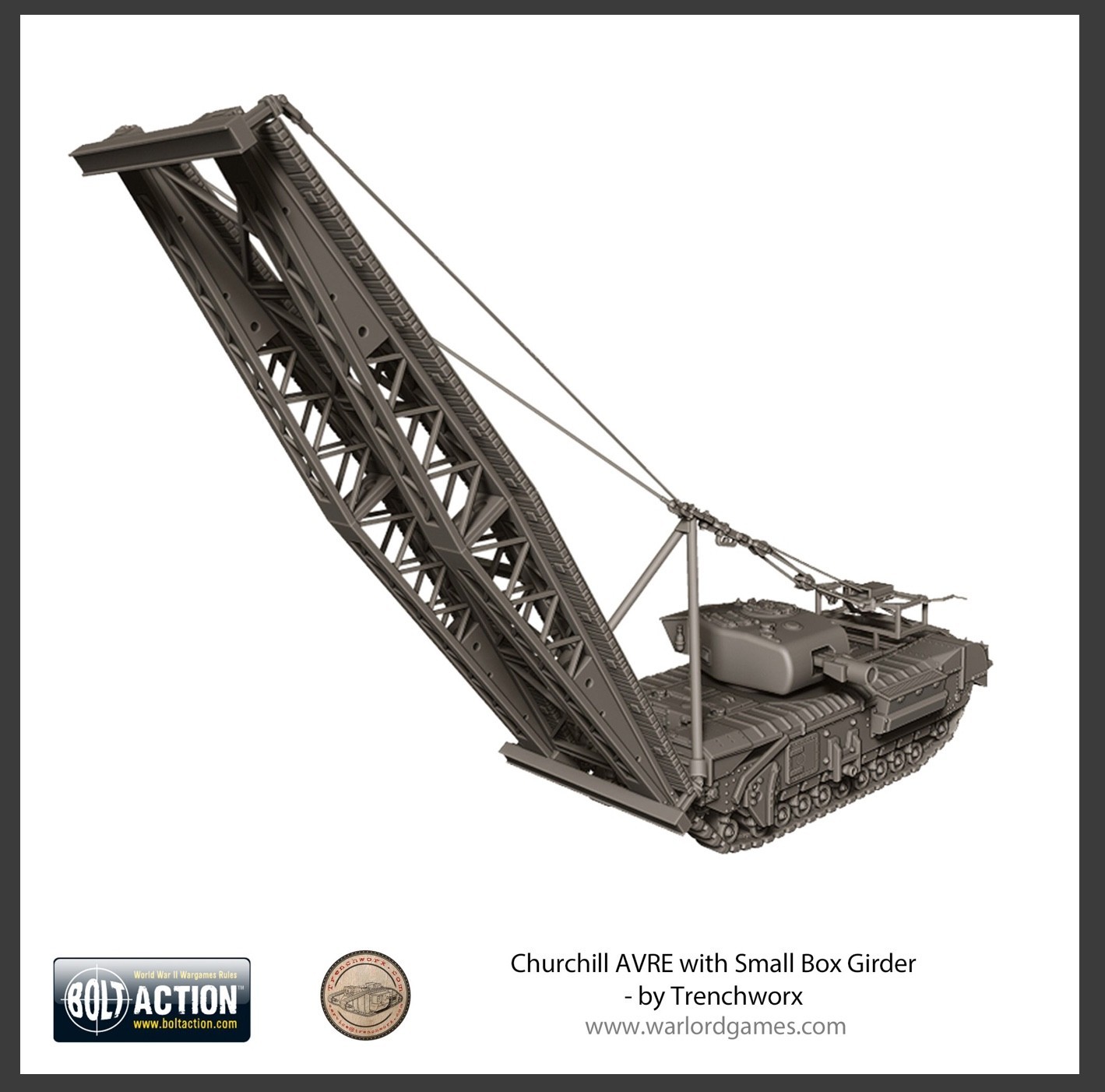 After the Dieppe raid it was obvious that new equipment was needed to breach beach defences and other fortifications. The Armoured Vehicle Royal Engineers (AVRE) was designed to fill that need. Essentially the AVRE was a Mk III or IV Churchill with a new main gun and a host of attachments for various engineering tasks welded on. These attachments allowed the AVRE to lay tracks across soft going, to bridge small gaps, clear mines and so on. However, in the course of a normal Bolt Action battle, the most important change is the main armament. The AVRE is armed with a 290mm Petard mortar which fires an 18kg round, specially designed to level fortifications. The ‘flying dustbin’ of explosives moves slow enough for it to be seen, but the effect is devastating...

The small box girder bridge (SBG) could span gaps of up to 30 feet, and could be deployed without the engineers exposing themselves to enemy fire. The design had been formally adapted by the British Army in the 1930s, and copied by many countries prior to the war (including Germany). The SBG saw use during the Allied invasion of Normandy.

Please remember, when contacting retailers or manufacturers, to mention that you saw their products highlighted here - on MODEL GEEK 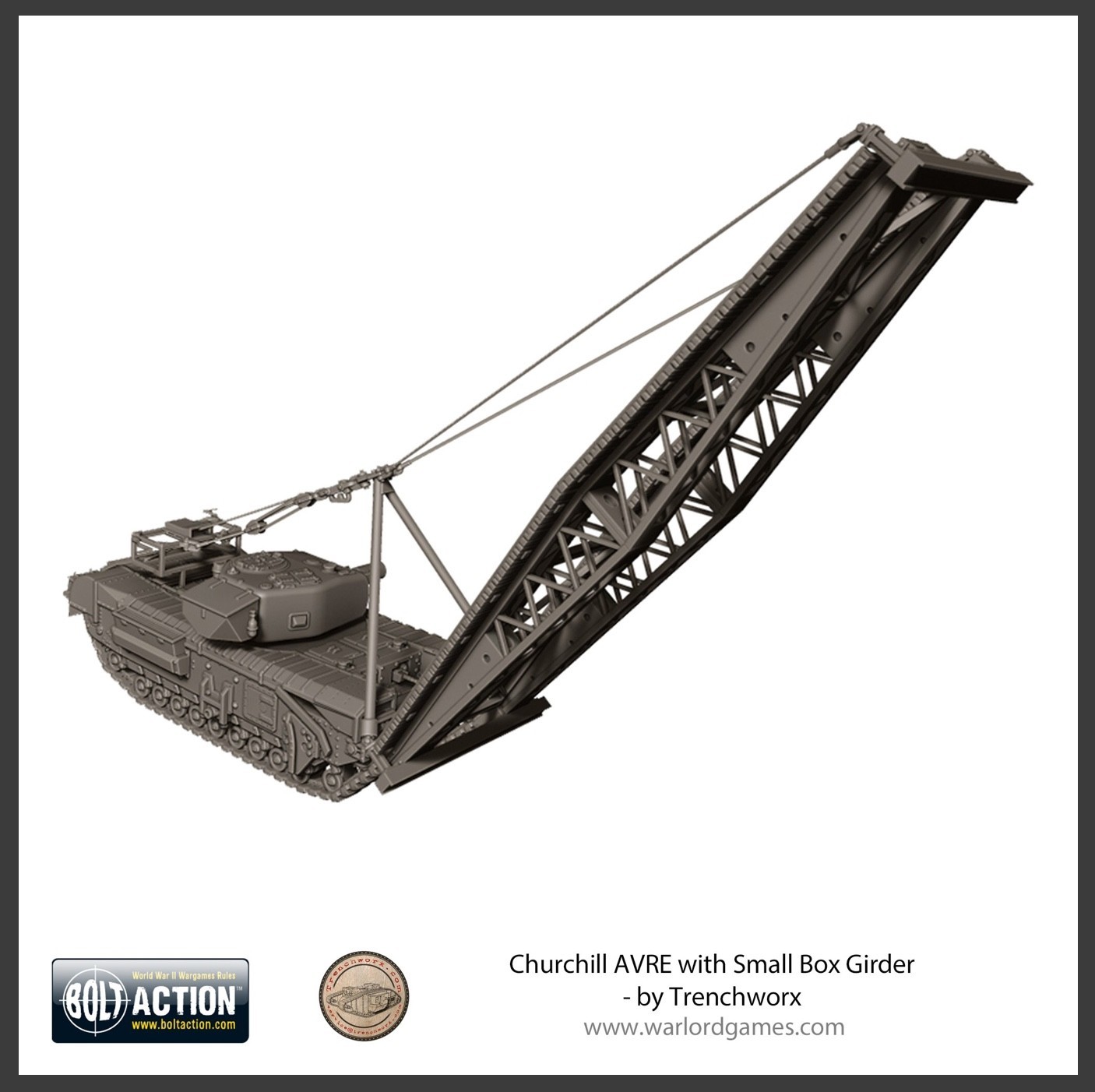