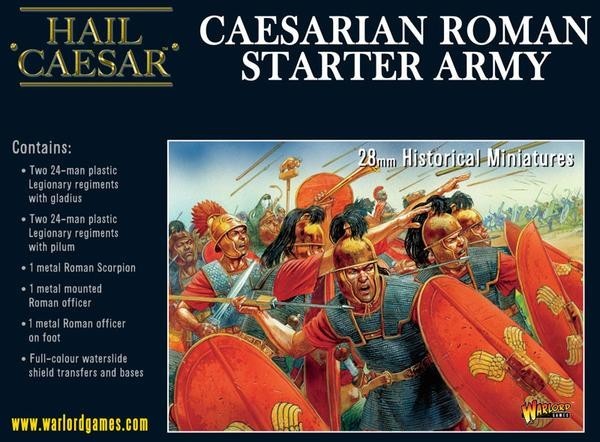 In battle after battle, across three continents, against multiple enemies and widely divergent military systems, Caesar emerged victorious. He never lost a battle. Chieftains and Kings kneeled before him in defeat before being led off to Rome in triumph after triumph. Caesar expanded the Empire in almost every direction but most notably into Gaul and on to the very limits of the known Roman world. Caesar even took on the great Roman commanders in a brutal civil war, and beat them too. His life was ended, not in battle, but as a result of treacherous Roman knives wielded through jealousy and fear. Caesar’s political and military legacy would endure for 2,000 years and his name has become synonymous with power in such titles as Kaiser and Tsar. For military historians, Caesar’s campaigns remain the textbook study of applied force and ruthlessness.

The ideal starting point for beginning A Caesarian Roman Army is the Starter set. It represents fantastic value, containing:

This product is supplied unassembled and unpainted. Glue and paints not included. 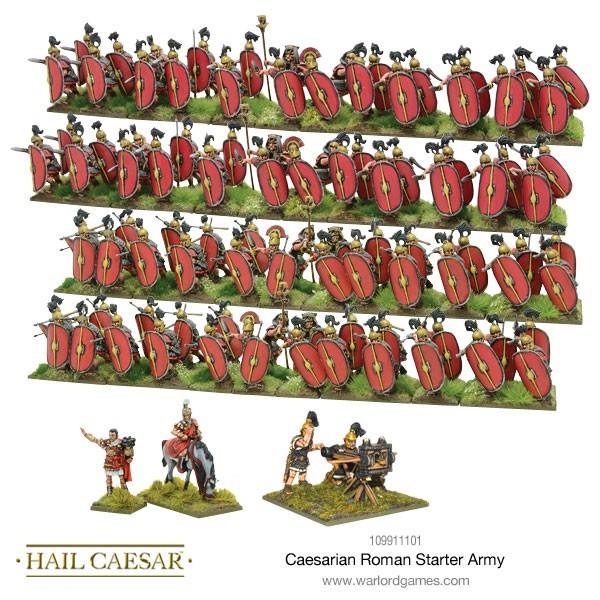 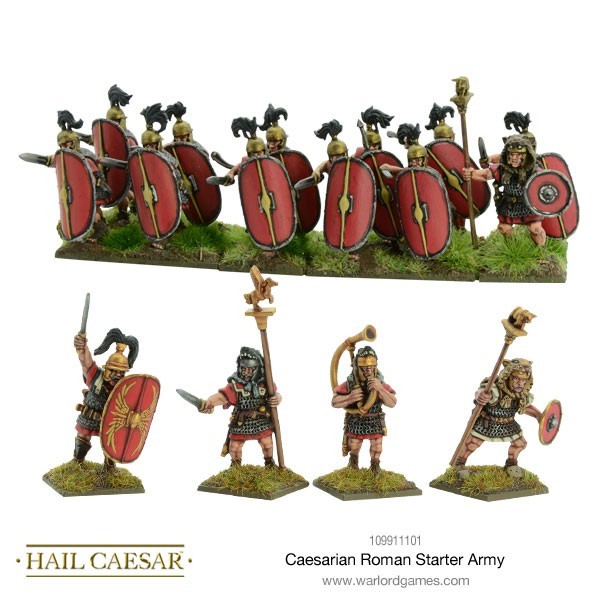 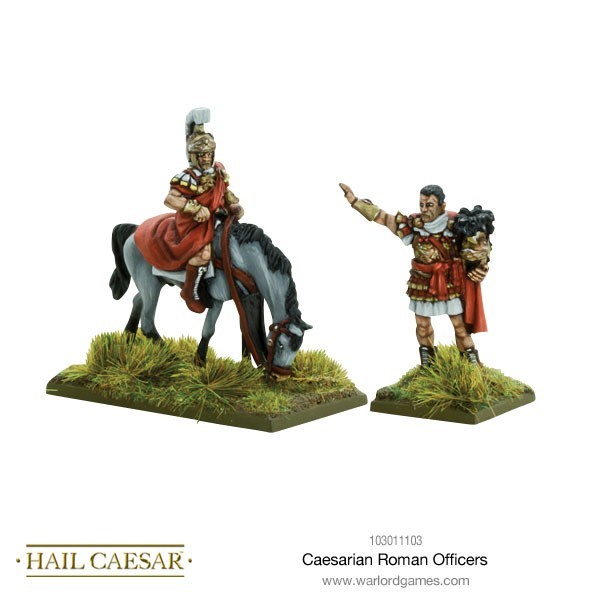